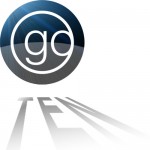 Ten years ago today, oneword™ flickered to life. Since then we have illuminated the lives of tens of thousands of writers (or at least helped to free them from a bout or two of writer’s block).

As I wrote a few months back, oneword™’s very first word (or lack thereof) was “astroturf.” Here are a few highlights from Monday, November 18, 2002.

If there is one thing I like to roll my naked body on it’s astroturf. There is just something about the rough, fake-grass feeling that makes me feel truly alive. I bet pro football players know just what I mean.
—Nictate

We never could afford it when I was growing up and had to eat real grass. The other kids would laugh at me, but then I never grew up to have plastic skin.
—Pablo

Green. Fake. Plastic. Like some people you’ll meet in life. On the surface they don’t even look real. And it’s all a front anyway. Be true to yourself. Be real. Go to bed at a decent hour.
—Sara

The rich smell of astroturf at the stadium filled my nostrils, and I thought lovingly of an old friend with who I had once sat around and ate hot dogs with, ignoring the poisonous taste. Baseball was not a fond memory for me, but it had happened all the same.
—Dave

Imitation isn’t that flattering.
—(okay, that was mine)

Under a bright light he ran and the black sky at night hovered over like a raven eveloping the action. The pitch was suddenly frozen in time and the faces of the crowd static, looking only at him and he feeling alone.
—Hydra

I remember being so happy, proud, and surprised that anyone even did it—especially with a word like astroturf.

Ten years and over a million entries later, oneword™ is still going strong, thanks to all of you creative people out there willing to be inspired and, in turn, inspire others.

Here’s to the next ten years!