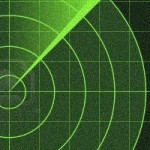 I’ve always hated parties since I can remember. The endless anxiety: Will people come? Will I put my foot in my mouth? Will I get jealous of some beautiful girl that I don’t have a chance with who is talking to some douchebag guy, and how the hell does she not see him for who he is? Will I feel powerless to talk to the people I want to talk to?  Will I stand around talking to no one and will someone notice my awkwardness?  Will I  become an unspoken pariah?

I do like being invited to parties, though—that part is great; the idea that I’m normal enough to pop on someone’s radar. And it allows me to be in control—now it’s a choice—and guess what? I’m choosing not to go.  Weirder still, when the party is going on and I’m not there, I almost always struggle: Should I go?  Do they notice I’m not there?  There’s probably a name for this kind of crazy. Maybe I was there…oh sorry I missed you…not sure how you could have missed me…yeah I was there. No I wasn’t…but man, great party.

Grace’s subject would make an excellent spy, and also help her deal with her alleged pointlessness…

It came in handy when she did something she wasn’t supposed to, but it was internal torture when it came to her existence.
By Grace

Here a shadow loses and finds and loses and finds his owner, a female. Kind of stalkery, but fun to think of the thoughts and feelings of things around us that weren’t blessed with consciousness…

The shadow slipped through the smallest of crevices and almost travelled without being detected, if only nobody sensed and knew of his terror. Where the hell is she?, he commonly thought and tried to scream before remembering his lack-of-face bore no mouth. He lost her constantly and was starting to become very desperate, so much so that his consumption rate of others had increased almost threefold. His coldness made him numb to the trail of warmth she always left behind her, and it seemed to cool and vanish before he could uncover it and track her down.
By Meg

What should we be noticing? What should we take as a sign and what is generally just a sign of the times?  Did you miss it?  Did your life almost change?  It’s paranoia.  Smell a flower.  Take something in.  Stay open to messages that you weren’t expecting…

The amount of stuff which passes by undetected, because everyone is so caught up in their own worlds. It’s nice to know my problems are shared by many, and they still go about their lives (seemingly) just fine.
By Jakers

When we start peeling away the layers of ourselves, we may find that we’re able to peel things off that we previously thought were undetachable.  How odd then to think about what we really are; what really matters…

my pride, my joy, my sorrow. my happiness, my sadness, my fears. my chills, my thrills, my feelings…are undetected.
By Field_Iceglow

Clearly this next one wasn’t written by a celebrity.  I wish there was a way to become famous for a day, an hour, some amount of time, what that must feel like to be Justin Bieber, or Johnny Depp, or one of those kids from the band with nice hair. Maybe someday anonymity will be sought after in this way. Maybe not. You can’t have a parade without the throng of the crowd…