Interior Motive A Life Without Gay (or: I Heart Log Cabins) 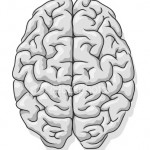 In an earlier post, I had mentioned being anti-stupid.

This was in response to multiple (some harsh and rude) allegations of the site being against freedom of speech. This, to me, is not only comical—but the antithesis of oneword.

Rather than being anti-stupid, I would like to offer a revised, more accurate statement:

The kid who sprays a litany of racial slurs, or pastes “your mom has sex with horses” a thousand times, is intelligent. Somewhere in there. Deep down.

Everyone has the capacity to act stupid, though it’s just that—an act. And usually one of insecurity; of being afraid to truly express themselves. And, if anything, that’s what oneword.com is all about: expression.

Yes, pro-intelligent, is the [compound] word of the day, and here’s to shining a light on the brilliance inherent in everyone, in hopes that others—and, importantly, you—will see it, and be it.