All Over the Place Going Undetected 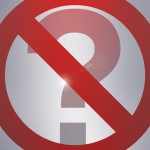 Taboo or Not Taboo?

When I was in the fourth grade I walked a grueling half mile to profess my undying love to Stephanie Nelson. I picked some flowers along the way, which I hid behind my back as I rang the bell. Stephanie’s mother answered.

A few moments later Stephanie Nelson was before me in all her glory. I handed her the flowers, stammering.

She looked down nervously, then her mom, who had been standing behind the door, came out and said that I should go home now, then gently closed the door.

I flew home, elated and in love. My mom was on the back porch swing when I arrived home. I sat next to her and explained that I had just told Stephanie Nelson that I loved her. She smiled.

“Honey, you know that you can’t date until you’re sixteen.”

My heart sank. I didn’t want to go on a date, I didn’t even know what a date was. And I certainly didn’t know what “taboo” was, but this was a good example of something that seemed—and was—good, but someone decided that it wasn’t, which is in my opinion a pretty good definition of the word.

As one might guess, things didn’t pan out between Stephanie and I, but we are Facebook friends.

As well as being one of the few words that kind of rhyme with “taboo,” tattoos are considered by many to be as such:

The tattoos that decorate her body used to be considered taboo. Now she’s 85 years old and respected by kids half her age. She sees her body as a canvas that is decorated with the memories of her life. She doesn’t see any mistakes.
By [Caitlin]

Sexting my old high school girlfriend seemed like a good idea at the time. Her sexting me back…well…
[A False Terl]

Maybe the things we hide are exactly those that we should be talking about?

The topics that need to be discussed the most. Dig them out of the dark corners of your mind, and bring them to light. Reality isn’t ideal – quit pretending like it is, or that it can be. Nothing should be ignored.
[Archori]

In the past—and allegedly in the future—even mentioning a taboo word can get you killed.

We couldn’t say that word in the classroom because it was taboo. Nor at the bus stop. Nor at the city hall. Not even at home, where comfort should have been sought for the sake of privacy. But privacy was a draconian term by now, and the truth was, the forbidden element of the language had once been a common occurrence fifty or so years back.

So when Alan Hoff said the taboo word and later disappeared, we all knew why.
[Belinda Roddie]

One Response to Taboo or Not Taboo?