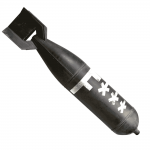 By brian On March 9, 2011 · In General
I’ve written about my criteria for moderation of oneword.com entries before. This post is very specific, prompted by an ever-growing pattern I’ve noticed over the last few years. Let me start with one example:

“Nothing more than a struggling person trying to live their lives off someone elses [sic] salary who actually reaps the benefits of all his or her worker bees. More like his benefits, women don’t get to do shit in this world, but so what? It’s just a shitty game we all play, too bad we don’t know any other games. Fuck.”

The above example is not necessarily poetic, profound, or well-written, but it follows oneword’s admonition to “just write” well enough. The puzzling part is the lone, irrelevant f-bomb tagged onto the end of the entry. The term “f-bomb” is perfect here, because it really is like dropping a bomb on an otherwise relevant piece of writing. And I get anywhere from two to five entries that follow this pattern daily.

So we’re clear, I have no problem with a strategically placed f-word. For instance, another or today’s entries:

“I am absolutely terrified of bees. A bee landed on my brand-new white tee shirt in gym class when I was thirteen and it was huge. It scared the living shit out of me and I screamed and made a huge fool of myself amongst my snotty peers. I hate bees. Fuck bees.”

In this example, though I don’t personally hate bees, I’m right there with her.

In both cases, the entries will get approved. However, I’m taking the liberty of deleting all f-bombs as illustrated in the first example. Why? Two reasons: A) it takes the real firepower away from other people using the word intelligently, and B) it screams “I’m insecure!” which is not a part of flowing or stream-of-consciousness writing.

My mom vehemently disagrees, but I think it’s the perfect word—not as a parachute—but when the parachute doesn’t open.