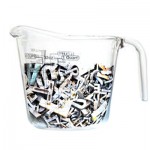 “One Half Cup of Finely Diced Prose”

The origin of cooking is dubious, with theories spanning 10,000 to 2.5 million years. My guess is that someone—let’s call him “Grog”—was warming himself by the fire, gnawing on a fish he caught with his bare hands earlier that day. Thunder struck in the distance, startling him, causing him to launch his fish into the coals. By the time Grog located something to…um…fish the fish out with, it had been substantially seared. Famished, he ate it anyway. The rest, as they say, is history that I totally just made up.

Cooking is the other international language.

England looked over his shoulder at the horrified faces behind him.
“Yes?”
What are you doing! France and I had this covered!” China said hysterically.
“Hmm—? But you all looked tired so I figured that if I made some scones it will help?” he said hesitantly, holding up a darkened lump.
[Tanya]

The sunlight beats down on us, it feels like it’s cooking us to our cores. The heat glistens off the pavement, creating the illusion of water. Giving us hope that isn’t really there. We keep walking. All roads end somewhere.
[Addie]

A boiling pot of sanitised suburban sprawl. The sun is cooking the suburbs.
[Perri]

I caught him on a cold morning with a snowball in a saucepan, holding the handle tight but gentle like a dog’s leash.
[tamarinda]

Cooking can be dangerous.

She cooked up a well-planned murder… She didnt like the idea of revenge but it was the only idea she had at the moment.
[isabella]

The cook stood still, his apron a blood red. He was now a murderer, a criminal. How?, How? he thought to himself how did it escalate to this degree? If one had told him that he would be here, burying a body he would have laughed in his face. But now, now it was terrifyingly real.
[nnnn]

“You will fry for this!” She shouted at him…
[WriteReadLiveBreathe]
It doesn’t help, knowing that she died in a fire. Some sort of cooking accident, her fiancé tells me as we stand around outside in the flickering semi-darkness. I know he tries to ignore the crackling sounds of the bonfire as best as he can.

The castle cook was wonderful. She was a plump round lady, which was stereotypical, but her food was like God came down and made dinner…
[Kristina]

I love to cook. I love cooking casseroles, pizza, pasta, and desserts. But cooking reminds me more of Rissa. Her making us pancakes in the morning, us laughing, kissing in the kitchen, dancing around. I miss that. I miss her.
[cal]

Cooking is an art.

It was the one thing she felt like she could truly do right. When she cooked, she was so much more than just a chef; she was an artist. She was mixing different tastes together into one. She was a creator.
[Grace]

There once was a cook. He was slender, attractive, a well-rounded citizen. He fell in love with a girl of vibrant colors. Reds and violets, hues of blue and yellow shrouded her, it was her.
[Karina]

People were difficult. You could never predict how they’d act. But food was reliable, but still interesting.
[Me]

And if ever you need to fill a page or two, here’s the perfect recipe:

A dash of articles, one half cup of finely diced prose, two tablespoons of metaphor, a teaspoon of adjectives,* and three quarters cup of raw philosophy. Bring to a rolling boil for twenty minutes. Allow to cool before proofreading twice. Garnish with semicolon. Serve the next day.

*Substitute with a choice blend of verbs and nouns for richer flavor.
[L. A. Smith]

The quoted writing above remains the property of the original author, reprinted here under oneword™’s terms of service. If you are an author whose work was printed in this piece and would like it removed or for us to link directly to your website or blog, please contact us.